You can build on your table, then deploy your build full-size on your street. 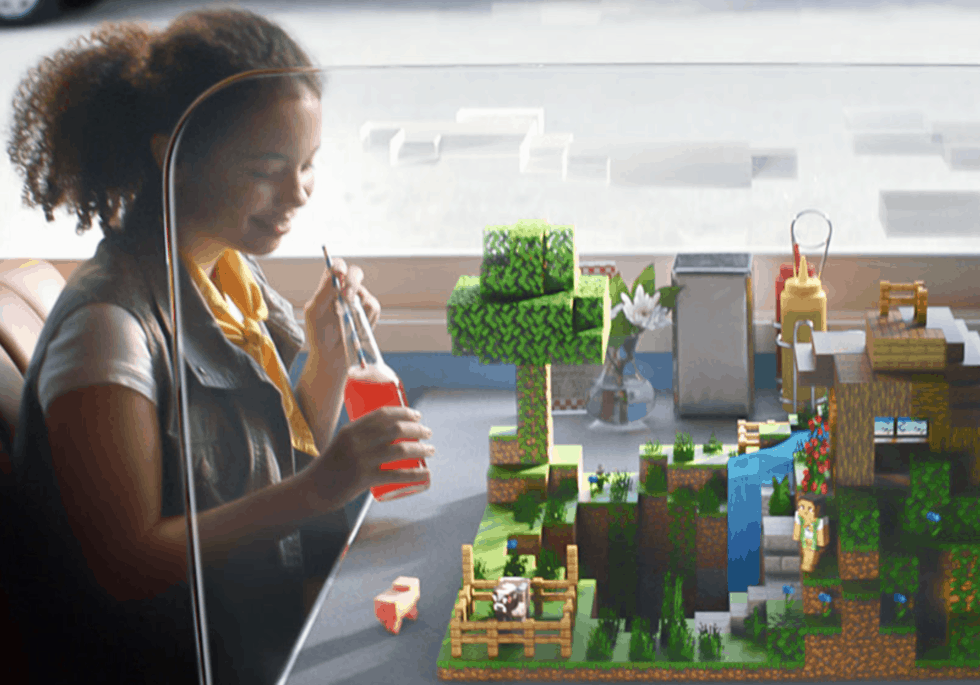 Microsoft may believe it has made augmented reality’s killer app: the just-announced Minecraft Earth for iOS and Android.

AR on mobile devices may carry tremendous potential, but it’s easy enough to argue that the mainstream value proposition hasn’t arrived yet. Pokémon Go is probably the most oft-cited “killer app” for AR, but it’s only barely a true AR app. And there are some neat shopping apps and educational tools (from Warby Parker and Ikea, for example), but none of them have made a big dent in the mainstream consciousness.

Minecraft Earth runs on Azure PlayFab, a platform used by various game developers for multiplayer experiences. According to Engadget’s Devindra Hardawar, who got some hands-on time with the game, the game “relies on Open Street Maps for basic mapping data, as well as Azure Spatial Anchors to keep track of all the players.” Also, Windows Central has a deep-dive on the various gameplay elements.

Microsoft says a “limited beta” will begin in the summer but hasn’t yet indicated when the public launch will happen. The company did, however, clarify in its FAQ that Minecraft Earth will be free to play on both iOS and Android, but without any loot boxes. That said, we don’t know anything about this game’s pricing structure, and free-to-play games range from fair to outrageous. So we’ll have to wait and see.

This post by SAMUEL AXON originally appeared on arstechnica.